On the twelfth day of Christmas, for my true love, I cooked... 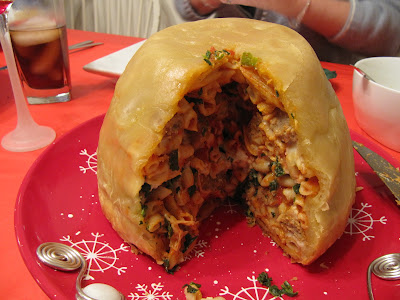 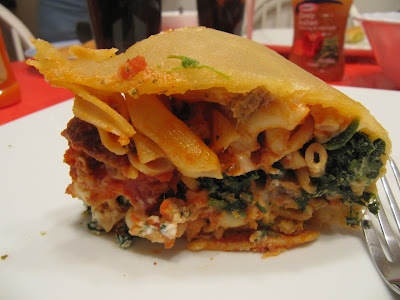 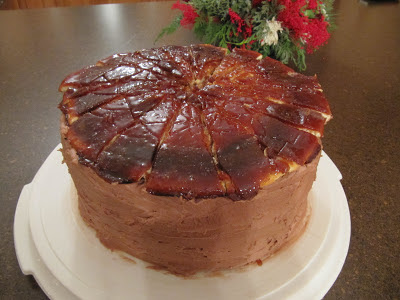 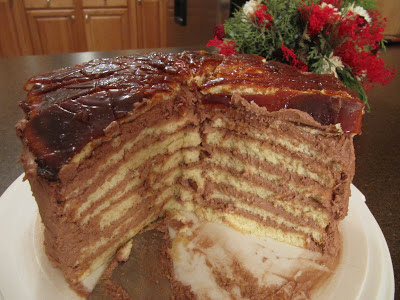 For 12 Drummers Drumming, the very last day in my little collection, I wanted to do something spectacular as a grand finale.  Have you seen the movie Big Night with Stanley Tucci and Tony Schalub?  If you have, you probably remember the huge Timpano that they brought out at the restaurant. It's a drum-shaped pasta concoction of epic proportions.  Just google search "timpano recipe" and you'll see what I mean.  I made up my own timpani ingredients based on what I had in my kitchen.  I was thrilled that it actually turned out and didn't fall apart.  And it tasted great too.  :)

Next, I decided to make a drum dessert.  The word "dobos" means "like a drum" in Hungarian.  But this cake is actually named after Hungarian pastry chef Josef Dobos, who invented it in 1884 and first introduced it at the National General Exhibition of Budapest in 1885.  It became a big hit in Europe.  Dobos Torte is a multi-layer sponge cake, layered with chocolate buttercream and topped with thin caramel slices.    This cake was just "okay" for me, especially considering the amount of time it took to bake each individual layer.  I thought it had too much chocolate frosting. 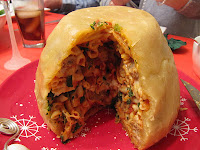 
Directions:
Cook the pasta very al dente, allowing for the fact it will continue to cook when baking. Drain, and mix with a good helping of the sauce.  Sprinkle in some basil and oregano and mix well.

Preheat oven to 375º F. On a lightly floured surface, roll the dough out very thinly in a large circle. Carefully place the dough into a greased 12 inch springform pan, oven-proof glass bowl, or casserole dish,  letting the excess dough hang over the sides. Spoon some of the the sauced pasta into the bowl. Add another scoopful of sauce, and layer the meatballs and mozzarella on top of the first layer of pasta. Spoon more pasta into the pan. Spread a layer of ricotta cheese and spinach.  Top with more pasta, sausage, and mozzarella.  Add a final layer of pasta. Carefully fold the dough over the top, sealing it with your fingers. Make a wash with the egg white and a little water, and brush this over the pastry. Bake the timpano for 45 minutes until browned. Let rest 5 minutes before removing it from the pan. Invert it onto a decorative platter and let rest for 10 minutes. Cut the timpano into wedges to serve your guests.
****************** 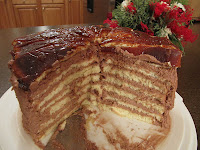 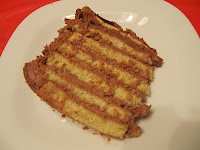